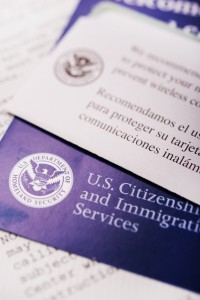 On November 20, 2014, the President announced a series of executive orders affecting the U.S. immigration system. Besides announcing options for undocumented immigrants, he also addressed other legal immigration issues. In particular, he announced welcomed changes for foreign investors, researchers and founders of start-up enterprises.

The announcement includes that foreign investors do not need to rely on an international treaty signed by the United States and their home country in order to qualify for an E-2 investor visa before they can operate a business in the United States. This change will allow investors and entrepreneurs to enter the U.S. on a special parole. The details of this are not yet known. However, this could open the door to investors from Brazil, Israel and Russia as E-2 Visas are currently not available to these countries.

Investors, entrepreneurs and researchers who are already in the country can also finally hope for a path to a green card. The President directed the Immigration Service to amend its guidelines to allow investors, entrepreneurs and researchers to use the already existing concept of the National Interest Waiver. This waiver ultimately leads to a permanent right to remain in the United States and, thus, a green card.

Currently, we do not know the details of this new guidance. We have to see if a minimum investment and a fixed number of employees will be required in order to qualify. However, this is a very important step in the right direction to attract foreign investors to the United States.

All of the above will have a very positive impact on our economy by providing a larger work force to employers.

It is important to point out that none of the announcements to change the legal immigration system is in effect yet and it is not known exactly when any of the proposed changes will go into effect or what the specific details will be. But there is hope!

This article is provided for general informational purposes and does not constitute legal advice.